Which wild cat is most abundant in the United States? 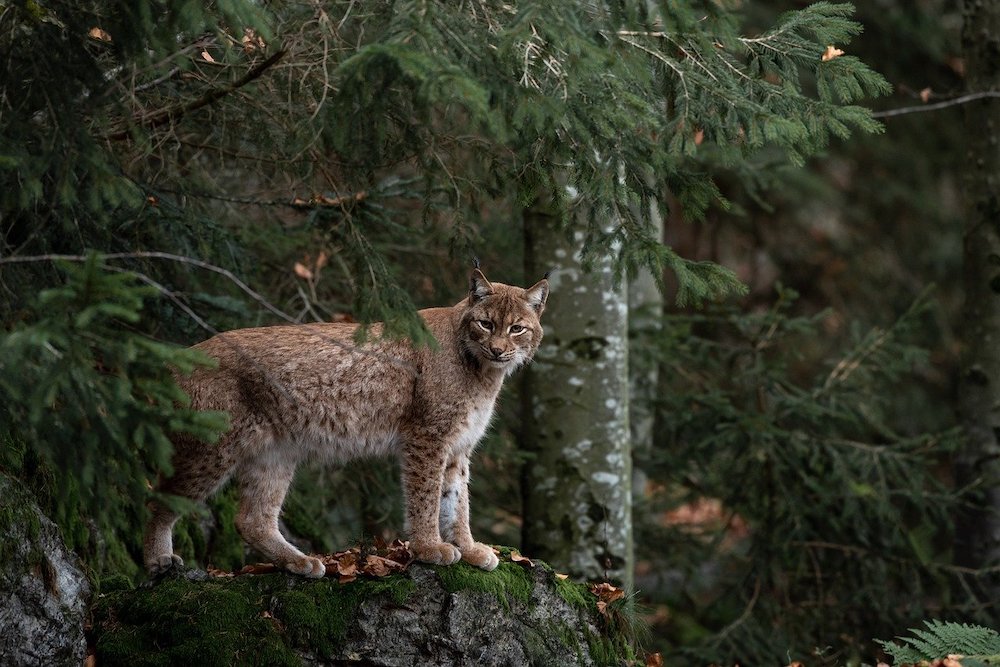 Bobcats are the most abundant wildcat in the United States. They are nocturnal carnivores that start hunting at dusk, so they rarely are seen by humans. 1&2

Bobcats are often confused with the Lynx because of their similar appearance. Bobcats have brown or reddish-brown fur with a white underbelly and their tails are colored black at the tip.1 Their fur usually has markings of dark spots or lines.2 The fur of a bobcat is completely unique to them and can be used to identify individuals.3 They stand between 26 and 41 inches tall and weigh between 11 and 30 pounds.1

Where Do Bobcats Live?

They are highly adaptable animals and can be found in many different habitats, like forests, mountains, and semi-deserts.3 Rugged terrain provides good areas for dens to protect the kittens and can be good for hunting.2

Bobcats are solitary and tend not to share their territory. Instead, they’ll heavily mark them with their scent. Male bobcats may share overlapping territory, but females never do.2

What Prey Do Bobcats Hunt?

What Threats Do Bobcats Face?

For the kittens, predators include foxes, coyotes, and large owls. For adults, humans are the only threat.2

The population of bobcats used to be in decline due to them being hunted for their fur as well as due to agriculture. In the 1970s, laws were passed to protect them.3  Now, they are of “least concern”, according to the IUCN.1

However, they still face threats from humans. These cats need large territories and land development interrupts this. They also still face potential threats from hunting and trapping by people who want their fur.2