Have you heard of the Culpeo? 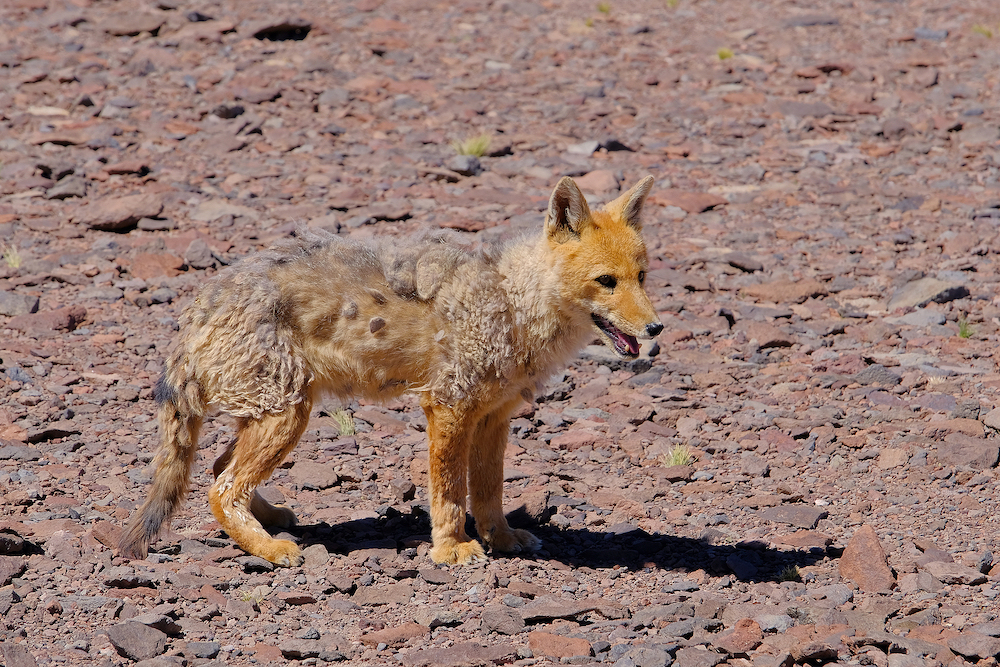 Have you heard of the Culpeo? It’s a species of canid that lives in South America. They are a reddish or tawny color, with white on their bellies and darker fur around their tails. Their fur color depends on where they live, as Culpeos that live in more northern areas are lighter than those that live further south.1

The Culpeo is also known as the Zorro Culpeo or the Andean Fox. As far as size goes, they are just behind the Maned Wolf, which has the title of biggest native canid on the continent.2 These foxes are found in a variety of habitats within South America. They can be found in mountain terrains (many live in the Andes), valleys, deserts, and forests. In the Andes, they can be found up to 4,800 meters.3

Not a lot is known about these animals. When it comes to mating, scientists look at close relatives, like the Argentine Gray Fox, which is monogamous. It’s thought that Culpeos are similar. They breed once a year, usually mating sometime between August and October.1

They tend to be solitary and live in territories that don’t overlap with each other. In Argentina, the highlands of Peru, and the desert in Chile, Culpeos are nocturnal. However, that isn’t the case everywhere. In Central Chile, they’re active during the day or during dusk.1

Culpeos are important to their environment because they are omnivores. They help control populations of the prey they eat, and also help those above them in the food chain survive. They also are seed dispersers. Culpeos have a steady population and are considered of Least Concern, according to the IUCN.1

Check out information about the Maned Wolf in our blog post here!