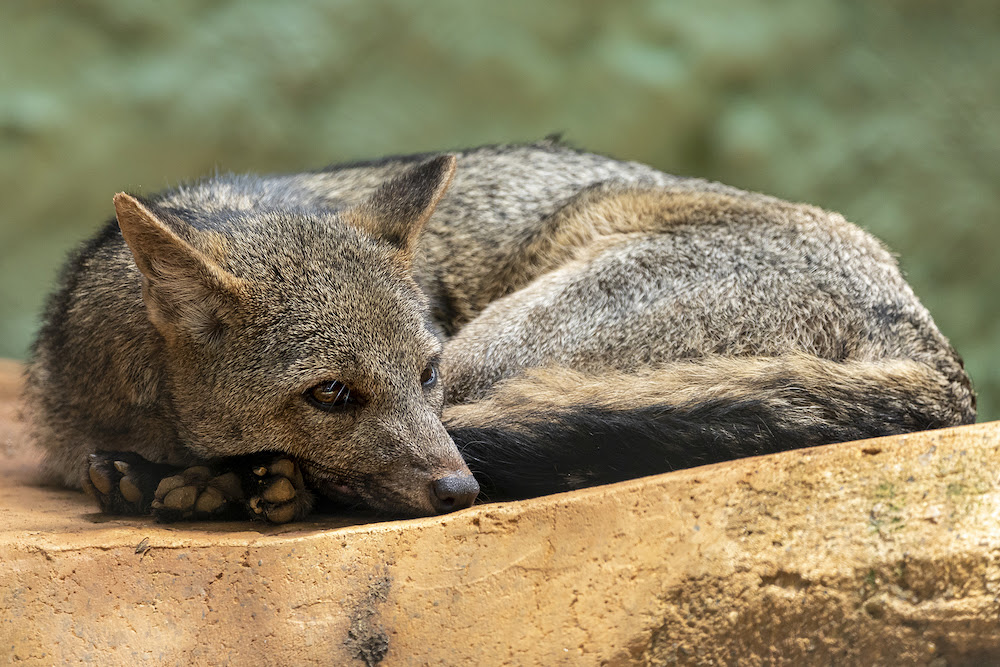 The Crab-Eating Fox, which is also known as the Savanna Fox or Crab-Eating Dog, can be found in Venezuela, Argentina, Bolivia, and Brazil.1&2 They are 24-28 inches long, not including their tail, which adds almost an extra foot. Often, they’ll either live on their own or in a pair with another Crab-Eating Fox.1

These canids can be found in many habitats because they’re so adaptable.2&3 They’ll live in savannas, scrublands, woodlands, marshlands, and more. A study done on Crab-Eating Foxes showed that they preferred wooded savannas over low-lying savannas. They will also move to higher ground during the wet season, when flooding often occurs.3

Overall, they’re considered of Least Concern, according to the IUCN. This is again because of their adaptability. While deforestation threatens many other animals, Crab-Eating Foxes have been able to adapt to this kind of interruption in their environment.2 They also don’t face threats from hunting because their fur is considered worthless since it’s short and coarse.3 One threat they do face, however, comes from contact with dogs. Illnesses are passed on from unvaccinated, domesticated dogs to these foxes.2

Read more about foxes in our blog, What You Need to Know About Foxes.