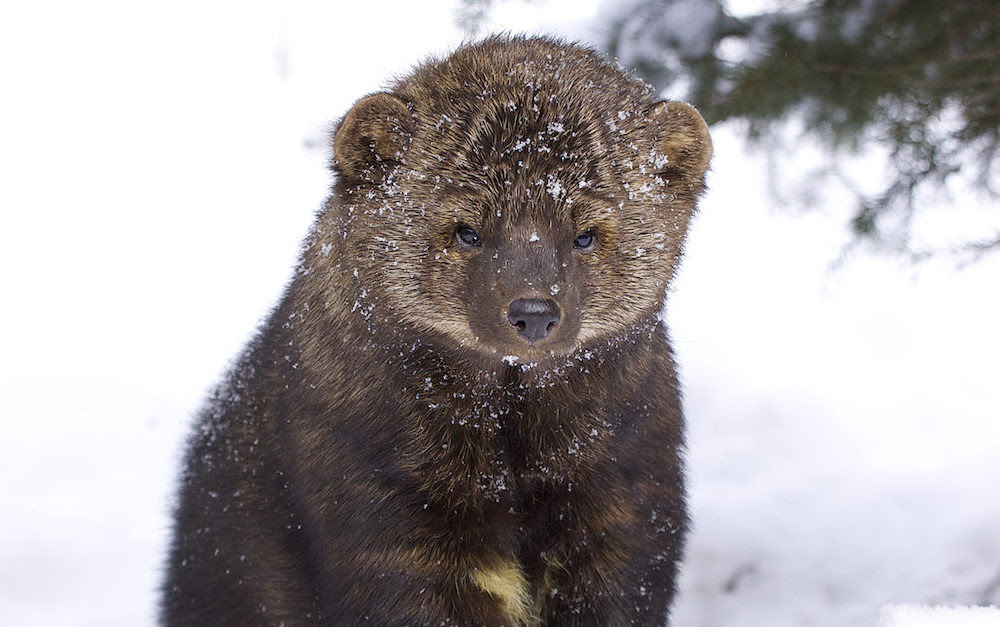 The fisher is one of the most reclusive and therefore misunderstood mammals in North America.

Sometimes known as a fisher cat, this large weasel is neither a cat nor does it eat fish, hence both titles are misnomers. The name is believed to have originated by European settlers who called the animal “fitch,” a common name for the European polecat. Throughout history, the species has undergone taxonomic reclassification several times, but recent DNA research proves the fisher is the only surviving member of the Pekania genus. Furthermore, no subspecies of fishers are known to exist, making it a rare monotypic species. The closest relatives to this unique species are the marten, weasels, and mink.

Resembling an overgrown weasel, fishers have an elongated body with short legs.  Females measure 2.5-3 feet long and weigh between 4-6 pounds. Being sexually dimorphic, males are much larger than females, growing up to four feet long and weighing 10-13 pounds, with the largest on the record being twenty pounds. Both sexes have the same deep brown coloration, however, females tend to possess softer, finer fur. Some populations have white-tipped fur providing a frosted appearance in sunlight. A long tail provides added balance when climbing trees and ambushing prey.

The paws have evolved for both tree climbing and winter travel. Large-sized paws provide for a snowshoe effect, allowing travel across the surface of deep snow. Fishers have five toes with retractable claws and patches of fur between the heel pads and toes providing extra traction on icy surfaces. The hind paws can rotate 180 degrees, which assists in climbing and navigating through tree canopies. This rare foot rotation makes fishers one of the few mammals able to climb down trees headfirst.

Read more to learn about their range, life cycle, ecology, habits, and interactions with humans!