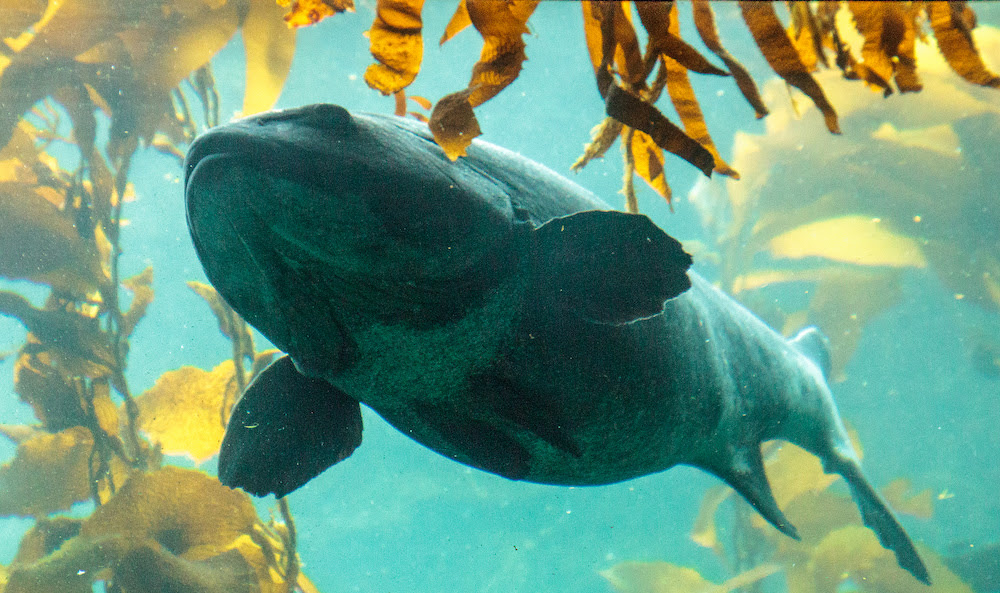 Giant Sea Bass are a critically endangered species that play an important role in their ecosystem. They are apex predators, and so they have influence over the rest of the food chain and provide balance.1

These fish are found off the coast of California in areas that contain kelp forests.2 They also live very long lives – they can live about as long as humans can. They also reach incredible lengths. When they are a year old, they’ll be about six inches long. However, as they mature, they can reach lengths up to seven feet.3

Young Giant Sea Bass are black and orange. As they grow older, they turn darker, ending up a gray or black color.3 Because they live such long lives, they reproduce at older ages – usually between 11 and 13 years old.1

They don’t chase down their prey, instead preying on species that live closer to the bottom of the sea, such as crabs, lobsters, sting rays, small sharks, octopuses, and squids.1

Giant Sea Bass were plenty off the coast of California before 1950. Overfishing then brought down their numbers drastically.1 Aquariums and universities have tried to step in and breed them as part of conservation efforts, but they are hard to breed in captivity. However, some success has led to the raising of Giant Sea Bass in captivity and then releasing them back into the wild with radio transmitters to learn more about how to help them.2

Sometimes biologists need to learn more about a specific species in order to figure out how best to help them. Learning about different species gives us insight into how these animals actually are and allows us to connect with wildlife in a way we haven’t before.

We want to connect people with the wildlife around them. Will you help us achieve that goal?

Your support goes right back into the programming and outreach we create. We want to bring more people into the fold and teach them the truth about our nation’s wildlife – especially our carnivores, who often already have a bad reputation.

We want to cut through the rumors and bring people the truth.

We can only do that with your help.

Any amount you can donate to support our efforts helps. Monthly donations keep us going year-round.