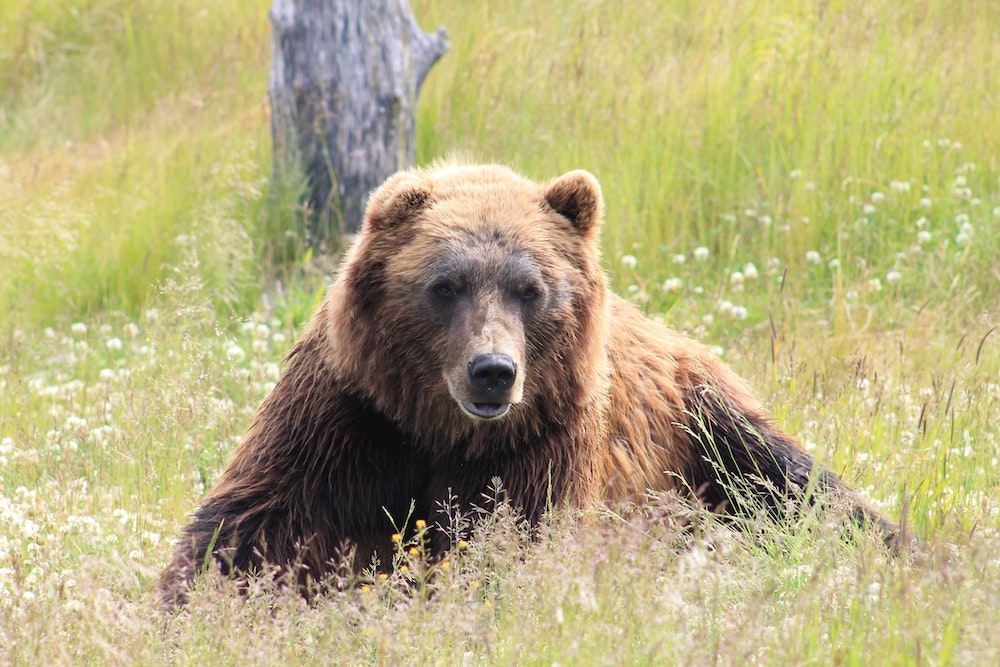 Grizzly bears once held a lot more range throughout the United States and Canada than they do now. Currently, besides Alaska, grizzly bears’ range has shrunk 99%.1They are currently listed as threatened under the Endangered Species Act. They were originally listed in 1975.2 There is one recovery plan for all of the grizzly bears within the lower 48 states.3 This recovery plan named six recovery ecosystems:

The goal of the recovery plan, which was created in 1993, is to help bears recover to a self-sustaining population. Grizzly bears have been taken off the threatened list before, only to be met with lawsuits and overturned decisions by judges. The last time they were delisted was in 2017, after which a judge restored protections in 2018.2

The last update in March 2021 was that the FWS was not proposing any change to grizzly bear status on the list.3

Grizzly bears are important to their ecosystems because they need such large areas to live in. Conserving them also helps protect other species. They also have a role as predators in their ecosystems and help disperse seeds.4 They’re not the only bears that have had trouble. Only two species of bear in the world aren’t considered threatened or endangered.1

Whenever bears end up delisted permanently, efforts will turn from the Grizzly Bear Recovery Plan to the Grizzly Bear Conservation Strategy, which provides guidance on the long-term preservation of these bears.2