How Do Dogs Help With Bush Dog Conservation? 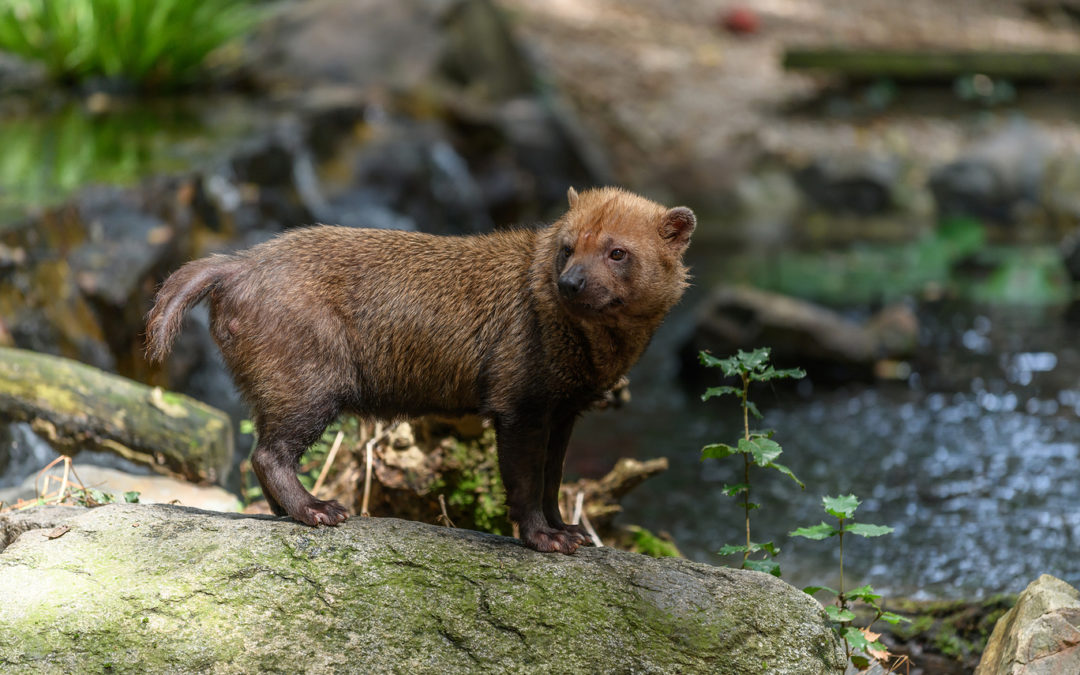 Hidden within the vast jungles and waterways of Central and South America lives one of the rarest and threatened canines on Earth.  In an ironic twist, the most abundant canine on the planet is now helping biologists seek out this elusive small carnivore to save the remaining population before extinction. But first, what exactly is a bush dog?

Perhaps partly due to their secretive lifestyle, bush dogs (Speothos venaticus) might be the least popular canine alive.  Even most people who live in the highest populations of bush dogs go their whole lives without ever catching a glimpse of this small predator.  Incredibly shy by nature, the densely packed jungles and river systems of the Amazon make visualizing and therefore researching, bush dogs a near-impossible task. 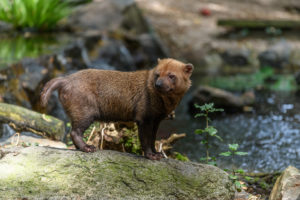 Bush dogs are the smallest and rarest canine on the planet.

Somewhat resembling the mixture of a Dachshund and a Corgi crossed with an otter, a bush dog has an elongated torso with short, stubby legs.  Only measuring around 10 inches at the shoulder and weighing 11-18 pounds, this unique carnivore earns the award for the smallest wild canine on Earth.  Even though they may be pint-sized, bush dogs maintain many of the same behavioral traits as their larger cousins, including hunting in packs and bringing down prey much larger than themselves.

Although their common prey includes large rodents such as capybara and pacas, they also hunt the larger rheas (large birds, like emu) and peccaries (similar to wild boar).  A pack of six was even reportedly successful in killing a tapir weighing over 500 pounds!

Although small in stature, like most canines, bush dogs hunt much larger prey than themselves.

Another behavioral characteristic bush dogs share with wolves is the maintenance of their social lifestyles through regular vocal communication.  Likely promoted by the challenge of sight while moving through dense vegetation, the social predators use a series of whines that can resemble bird calls.  Once thought extinct, only after biologists learned their unique canine vocabulary did researchers then realize bush dogs were still part of the landscape, just hidden in the undergrowth.  Still, these rare canines are dwindling fast due to habitat fragmentation caused by human settlement and agricultural expansion. 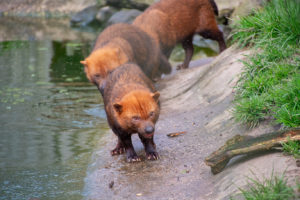 Bush dogs walking in a line alongside a pond

Although no one knows exactly how many bush dogs still exist in the wild, due to the recently increasing threats they face, the International Union for Conservation of Nature predicts the population has decreased by as much as 25% over the past 12 years.

Conservation efforts are underway to preserve critical habitat for bush dogs, however, the largest challenge facing researchers is knowing where they live.  When not scattered throughout the dense landscape as they hunt by daylight, they then sleep in underground burrows at night.  Additionally, the super-shy nature of this smallest canine prevents them from being detected by traditional monitoring techniques such as trail cams. 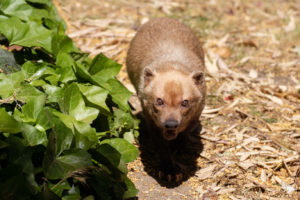 The elusive nature and dense habitat of bush dogs make them one of the most difficult species to study.

The most common canine is now joining the effort to rescue their smallest and most threatened canine cousin.  As with many other species, dogs can be trained to sniff out bush dog scents and scat, effectively leading researchers directly to pack territories.

Because bush dogs are sedentary while sleeping in their burrows, nighttime scans can accurately predict population counts without disturbing the elusive small predator.  Then scent-detecting dogs can also outline critical habitat by informing biologists of the heaviest used areas of their range. 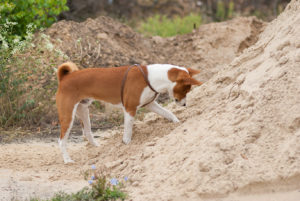 Ironically, one of the threats bush dogs encounters is predation and disease transmission from feral dogs, now conservation dogs are reversing these negative effects by helping preserve the species.  Perhaps one day we may see guard dogs established to ward off their feral kin and directly protect the vulnerable bush dogs?

The use of conservation canines is relatively new to bush dog conservation, but as we have seen with a multitude of other species, ongoing projects will undoubtedly become more effective and efficient thanks to our canine friends. 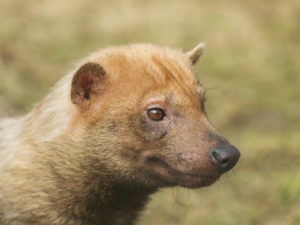 The fate of bush dogs may lie in the paws of their larger, much more popular canine cousins.