How do dogs help with Hawaiian duck conservation? 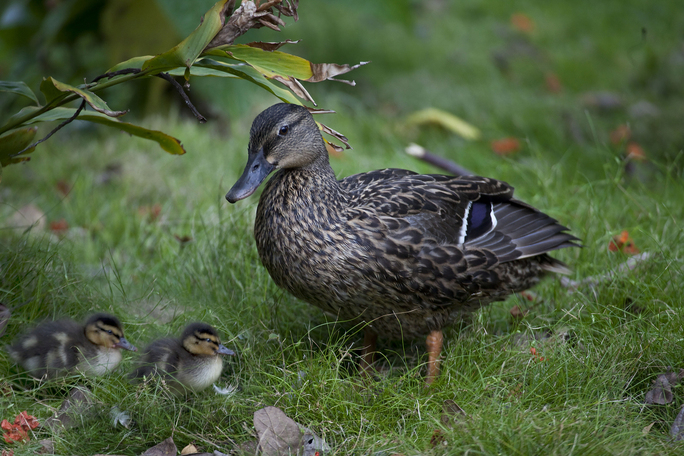 As we have covered in previous editions of Canines Assisting Conservation, the Hawaiian Islands’ paradise of biodiversity is under attack from multiple threats.  The native waterfowl of the islands have been struggling against invasive predators and habitat degradation for decades.

Now scent-detecting conservation canines may have the ability to decrease the strain of one problem for the endemic ducks.  Avian botulism is becoming an increasing health threat to all of Hawaii’s birds, however, those native species that feed in still backwaters, like the Hawaiian duck (Anas wyvilliana) and Laysan teal (Anas laysanensis), are particularly susceptible to the potentially lethal poisoning. 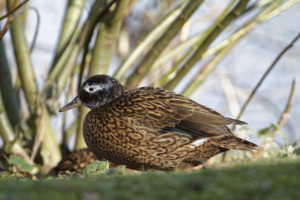 Hawaii’s native waterfowl contend with a myriad of challenges. The Laysan teal has been pushed to near extinction, but help from conservation canines is on the way.

The Hawaiian duck, known on the islands as koloa maoli, only lives within the Hawaiian Island ecosystem and has been considered endangered by the International Union for Conservation of Nature since 2016.  Similarly, the Laysan teal is critically endangered with an estimated population of only 600 individuals remaining in the wild.  Both species suffer significant losses to predation by noxious invaders like rats and small Asian mongoose, as well as alien plant species that disrupt nesting habits.

Their largest threat, however, is the anatomically smallest of them all. The bacteria Clostridium botulinum is a naturally occurring pathogen present in warm waters around the world.  A powerful neurotoxin is produced by the bacteria, causing botulism among animals consuming any food exposed to the bacteria.  Avian botulism causes muscle paralysis and often leads to death.  In 2008, an outbreak of avian botulism killed up to 50% of all the Laysan teal on one island alone, and a new outbreak has occurred every year since.

This decimation of the native waterfowl has severely complicated recovery efforts.  To make matters worse, once one duck succumbs to botulism their carcass then becomes infested with maggots and other detritivores, who quickly spread the bacteria across the landscape infecting more and more waterfowl.  Epidemics of widespread botulism across entire ecosystems are common because of this bioaccumulation phenomenon. 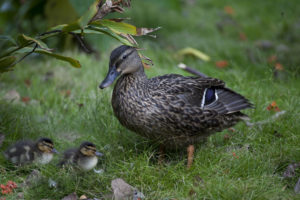 Hawaiian ducks only exist within the Hawaiian Island ecosystem and are under attack from the spread of avian botulism through their population.

To combat this significant threat to Hawaiian and Laysan duck populations, wildlife managers have searched out duck carcasses and removed them from the wild during botulism outbreaks.  For years, technicians would wade through swamps and grasslands seeking out the often hidden, rotting bodies.  Unfortunately, if just one duck was missed the entire outbreak would continue.  Researchers knew they needed a more accurate way to collect the infected deceased.
Yup, this is where our canine partners once again come to the rescue. 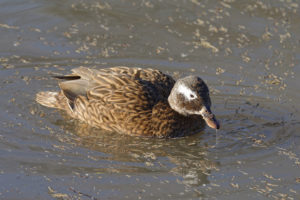 Conservation canines are now on the trail of duck carcasses in botulism-affected areas of Hawaii, greatly assisting efforts to curtail outbreaks.  With their super-scenting ability, a trained dog and handler team is proving faster and much more effective than just human spotters.  Not only is removing the infected carcasses beneficial to limiting botulism among the waterfowl, but it also provides scientists a better understanding of the duck population numbers, health, and distribution.

The data gathered may be critical for the future restoration of Hawaiian and Laysan ducks since global warming is placing increasing pressure upon the endangered species. As the climate warms, the rising temperatures of inland waters are promoting the spread of botulism-causing bacteria.  Although many challenges remain, conservation canines are hard at work to support the remaining populations of native Hawaiian waterfowl.

For further reading or to support Hawaii’s native waterfowl: