How Do Dogs Help With Hawaiian Snail Conservation? 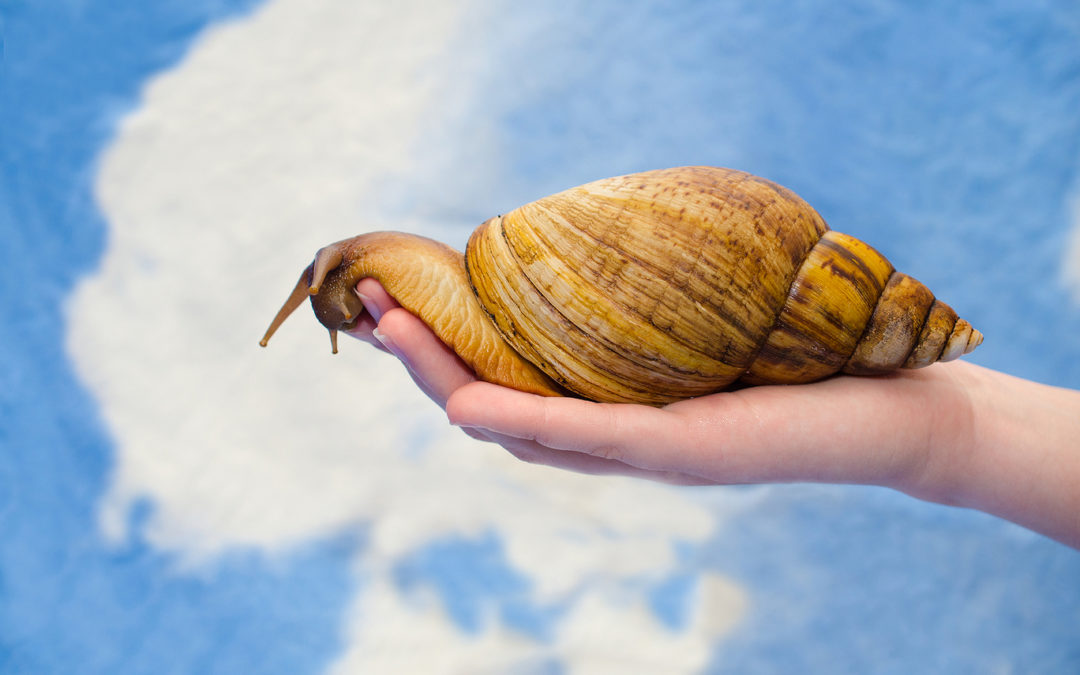 Throughout the Canines Assisting Conservation series, we have examined how invasive species have been accidentally transported or illegally smuggled around the world, causing ecological threats wherever they land.  However, some occurrences of alien invasion were planned and intentionally introduced to areas outside their native habitats.  Even more concerning, some of these planned releases were attempts to eradicate a previously invading noxious species…as if a lesson were not learned through the first invasion!  The rosy wolfsnail (Euglandina rosea) is one such alien species intentionally transported to a foreign land during an ill-fated project to control a current invasive species. 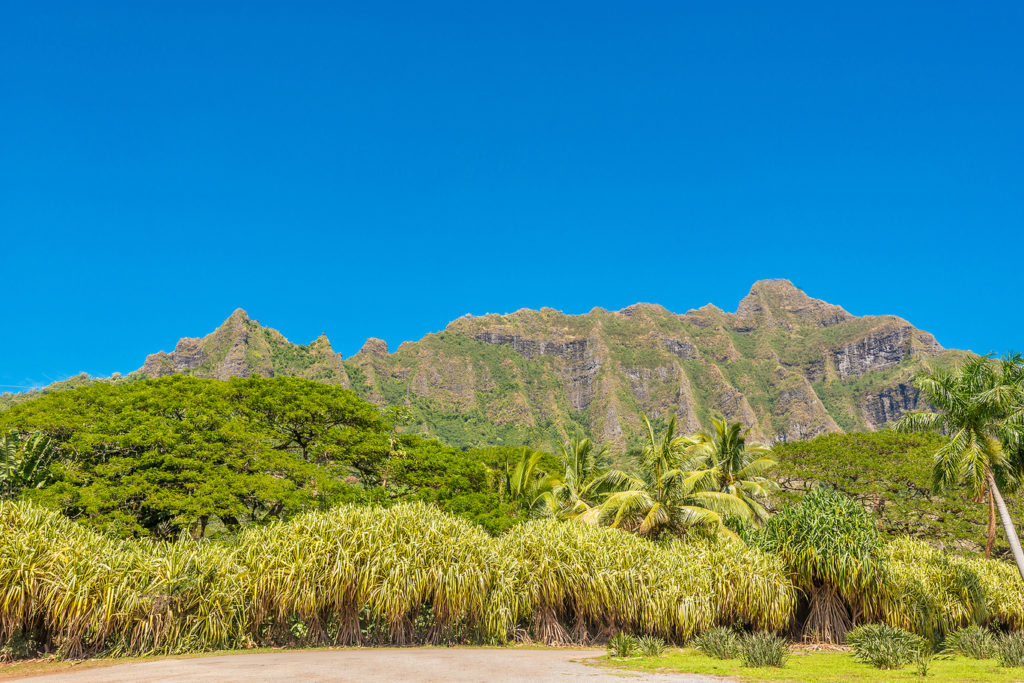 The virtual paradise of Hawaii is the scene of multiple invading species causing destruction to the native inhabitants of the islands.

During World War II, the US military was seeking ways to ensure a backup emergency food supply was available to personnel stationed in Hawaii.  One of the potential food sources investigated was the Giant African land snail (Achatina fulica), a large pulmonate (air-breathing) gastropod native to East Africa.  Measuring up to 2.8 inches high and nearly 8 inches long, this huge snail is commonly used in diets and medicinal practices around the world.  Unfortunately, the popularity of this species has now made it the most invasive snail in the world, causing agricultural and ecological devastation globally.  After the military transported the edible snails to Hawaii, they escaped captivity and proceeded to create havoc among the island chain’s ecosystem.

The Giant African land snail is native to East Africa but is causing ecological damage around the world due to human-caused transplantation. 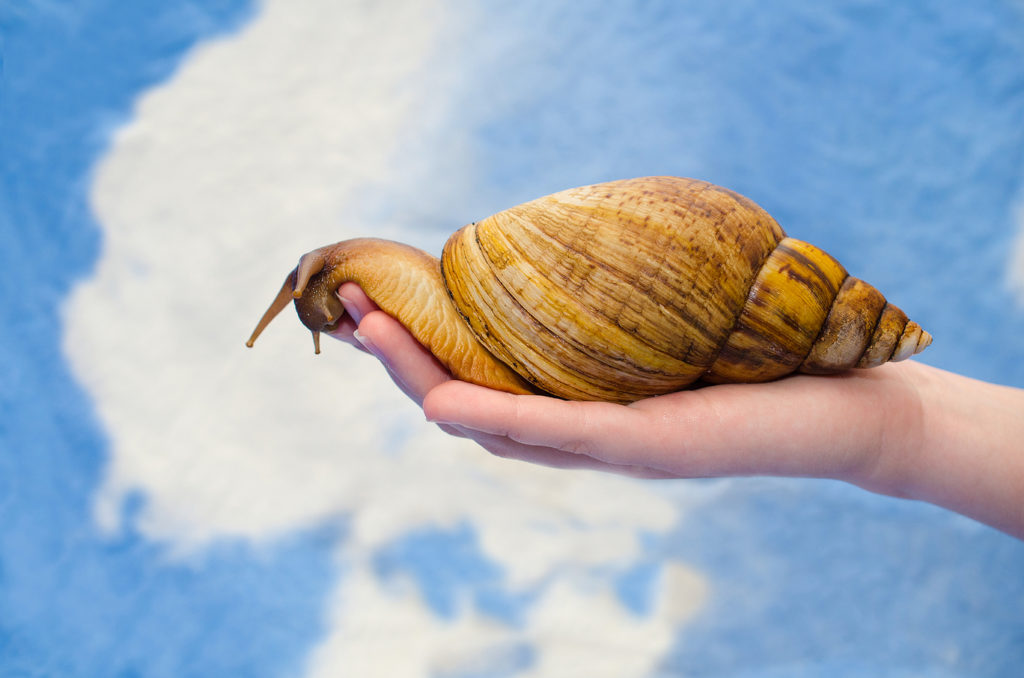 Not only is the Giant African land snail one of the largest snails on Earth, it is also considered one of the most invasive snail species on the planet.

Then in 1955, without any research, the US Army collected thousands of rosy wolfsnails in Florida and moved them to the Hawaiian Islands where they were introduced in a HOPE to control the rampaging Giant African land snail.  Rosy wolfsnails are native to the Southeast US, where they are prized among gardeners due to their voracious appetite for other (plant-damaging) snails.  Specialized to prey upon other snails, the carnivores follow the slime trail deposited by any other snail their size or smaller then attack and swallow them whole.  They even have specialized teeth to devour snails larger than themselves, however, rosy wolfsnails tend to prefer smaller prey.  Measuring around 2.5-4 inches long, wolfsnails are typically smaller than most adult African land snails—a fact that was not considered before release. 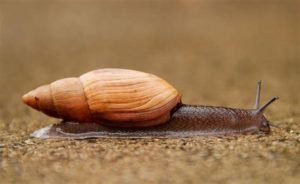 Being a voracious carnivore, rosy wolfsnails are responsible for the extinction of up to 8 native Hawaiian snail species and are considered the most detrimental invasive snail in the world.

Although rosy wolfsnails will prey on younger Giant African land snails, they mostly turned their predatory attention toward Hawaii’s smaller, native tree snails.  Within a few years of introduction, the wolfsnails decimated the islands’ fragile native snail populations and earned a rank among the top 100 most invasive species in the world according to the International Union for Conservation of Nature.  Not only have wolfsnails directly caused the extinction of 8 native Hawaiian snail species but the slimy carnivores are also estimated to be responsible for up to one-third of all snail extinctions worldwide.  Once the military realized the huge ecological mistake made by introducing both snail species, efforts began to eliminate the invasive aliens from the Hawaiian landscape.  A task that has proved difficult for decades, however, canine reinforcements are on the way! 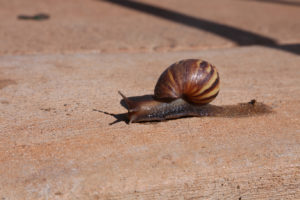 The O’ahu tree snail, native to Hawaii, is barely hanging on to existence thanks to a captive breeding program and control measures against the invasive rosy wolfsnail.

Various methods have been studied to determine the most effective and efficient means of invasive snail eradication without much success.  Targeted poisoning of wolfsnails has been attempted, but this method shows it is not effective in controlling the population, plus it introduces toxins into the habitat where non-target species could be at risk.  Biological control techniques are being researched, but in the meantime physically collecting wolfsnails by hand seems to be the best process.  However, searching the dense vegetation of the Hawaiian ecosystem is quite labor-intensive and time-consuming.  Just as they search for other elusive species around the world, scent-detecting dogs are being trained to assist in locating rosy wolfsnails among the Hawaiian islands.  The canine handlers then remove and destroy the invasive species.

The dense vegetation of Hawaii creates significant challenges in finding invasive snails, so scent-detecting dogs are being trained to join the search.

Unfortunately, preliminary studies using canine detectors have shown the dogs occasionally have difficulty in finding wolfsnails, which is attributed to the minimal or non-existent scent emanating from the snails.  Dogs have an easier time locating large masses of snails, where their odor is more pronounced, but struggle to find snails that have climbed trees.  Still, even with these challenges, scent-detecting dogs can locate snails at the same speed and accuracy as human technicians.  Conservation canine organizations are not giving up hope, though.  Experts believe the canines can increase their effectiveness through additional practice with wolfsnail scent and will likely become an important future component in the attempted elimination of Hawaii’s alien snail invasion.

Get to work snail sniffers, we are counting on you!