How do dogs help with whale conservation? 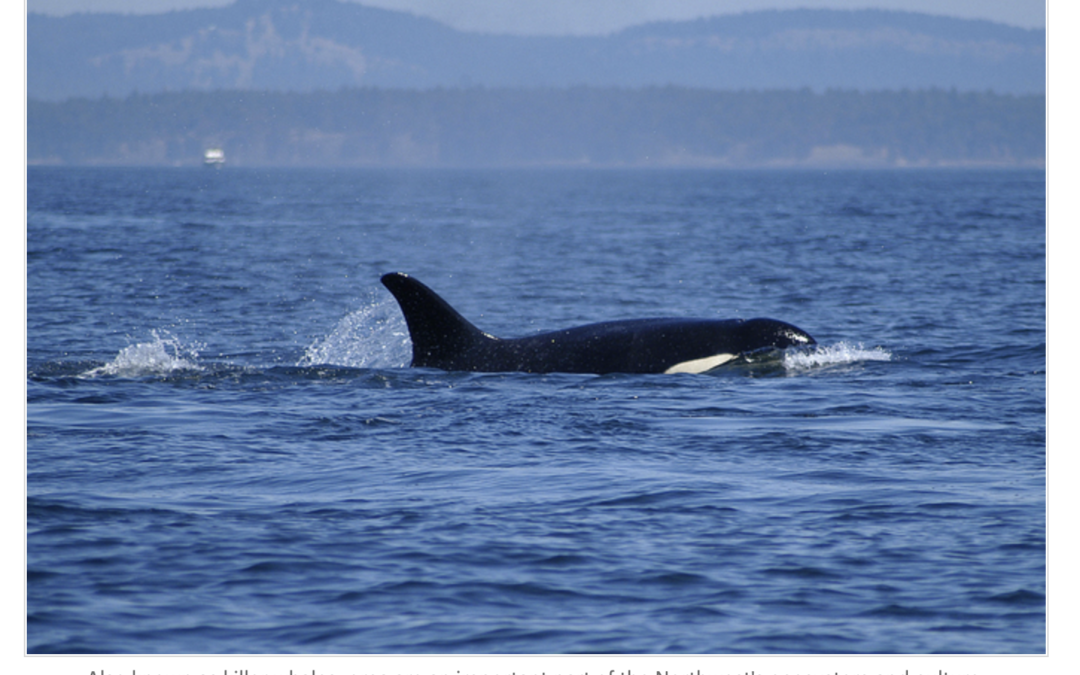 Yup, you read that right!  Through the Canines Assisting Conservation series, we have discussed how trained dogs assist in the conservation of multiple terrestrial mammals, and now we can add marine mammals to that list as well!  Just as on land, scent-seeking dogs are aiding biologists by seeking out research samples from boats to better understand whales.  Both cetacean (toothed) and baleen (filter-feeder) whales are facing population declines and mounting threats worldwide.  Many marine conservation organizations have recognized the need to further understand the diets and movement patterns of whales so we can apply better protections to these important top-level consumers.  As with carnivores on land, the largest challenge of studying whales is finding them among the vast oceans.  Once again, our canine counterparts can lend a hand (eh, paw) with these research struggles…this time from a boat!

The resident orca (Orcinus orca) population inhabiting the coastal waters of the Northwest is inexplicably in fast decline.  Known as the Southern Residents, three pods patrol the waters of the San Juan Islands, Puget Sound, and the coast of Oregon and Washington.  Cited by the National Oceanographic and Atmospheric Administration (NOAA) as one of the national “Species in the Spotlight”, the Southern Resident Killer Whales are threatened by a decrease in their main prey (Chinook Salmon), increasing pollution, and disturbance from boat traffic.  Examining diet changes and hormonal stress levels caused by boats can easily be studied through a fecal analysis.  Additionally, pollutant levels within their habitat can be determined in their feces.  For years, researchers attempted to find orca waste visually, but scent-detecting dogs have proven far more effective and efficient.
University of Washington’s Center for Conservation Biology pioneered the method of detecting floating orca feces to assist with the important research.  The Center’s highly trained Conservation Canines take to the water on small research boats seeking out the samples from up to a nautical mile distance from the whales.  This distance reduces the stress upon the orca while research is conducted.  Scent-detection dogs with their handlers are positioned on the boat’s bow and alert to orca feces odor, which is then tracked down using the dog’s behavior as a guide.  As with land-based similar uses of the Conservation Canines, scent-trained dogs are proving to be far superior to human observers seeking orca samples.

Similarly, the Conservation Canines are on the hunt for North Atlantic right whale (Eubalaena glacialis) feces on the other side of the continent.  The New England Aquarium has been studying the steady decline of right whales in the North Atlantic, where entanglement in fishing nets and large ship traffic are considered the main threats to the endangered population of only 300.  Again, UW’s Center for Conservation Biology is assisting the studies by increasing the accuracy and efficiency of detecting right whale feces through the Conservation Canines.

Not only are scent-detecting dogs critical to terrestrial species conservation, but our canine partners are also leading the way for improving marine conservation methods.  As we see time and time again, the excellent olfactory abilities of dogs have greatly improved our conservation practices across the planet–both on land and sea!