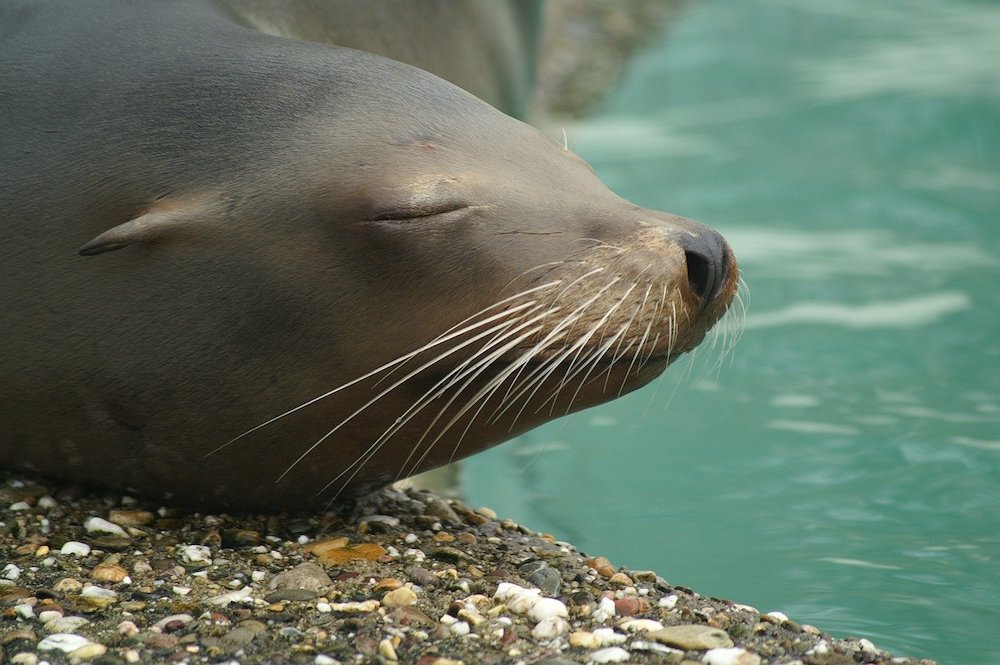 California Sea Lions, or Zalophus Californianus, can be found along the Pacific Ocean, from Alaska down to Mexico. They can live between 20-30 years in the wild.1 They are very smart and playful animals with a loud bark.2

Males and females look different, from their fur color (which is lighter for females, and darker for males) to their length (six feet for females, seven for males), to their weight (females weigh around 250 pounds, while males can get up to 800 pounds).2

Males will mate with multiple females. Females will give birth between May and June. Females and their pups learn each other’s scents and sounds – to the point where a female can find her pup just by the sound it makes, even if it’s in a crowd of other sea lions.1

California Sea Lions are classified as of Least Concern, according to the IUCN, with a population trend that’s increasing.3 Threats to these sea lions are orcas, great white sharks, and human activity.2

One of the biggest threats from humans is fishing gear, which is easy for these animals to get tangled up in. This can lead to injury, cause serious fatigue after they travel long distances with it without it coming off, and can impede their ability to hunt and feed themselves.1

When humans feed them, too, it can change the behavior of sea lions. They may start to steal food from fishing boats, which can cause them to get shot by fishermen who want retaliation.1

Like with most animals, it’s better to leave them be when you come across them in their habitats.

Read more about marine conservation in our blog here!