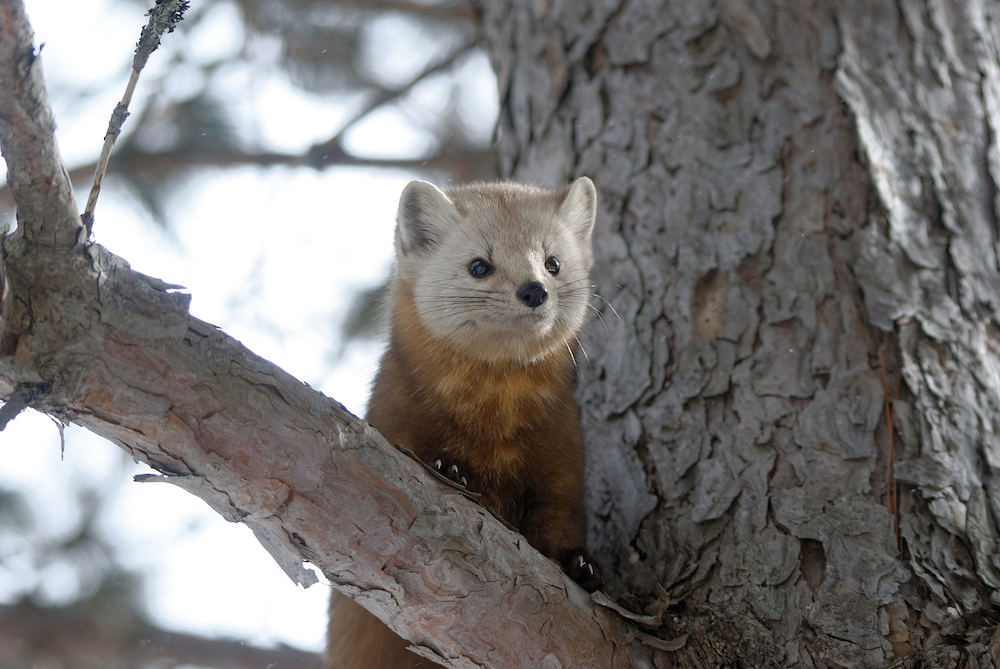 Martens are carnivores that are part of the Mustelidae family. They can be found throughout the world, but the American Marten is the one that lives in North America.1

American martens are found in places like Newfoundland, Alaska, California, New York, Minnesota, and Maine. They particularly like to live in mature forests.2 These forests provide the perfect habitat for their homes as well as give them access to their favorite prey.3 In Minnesota, they had almost disappeared due to logging taking away their habitat. However, the Department of Natural Resources managed to help them make a comeback by 1990.4

These martens are opportunistic feeders. They’ll go after mice, chipmunks, red squirrels, nuts, and berries. In the winter, they don’t hibernate and will make tunnels in the snow in order to hunt down prey.2&4 In turn, they’ll be preyed upon by bobcats, hawks, owls, and humans wanting their fur.4

American martens are usually solitary. They also tend to be crepuscular, which means they are active during dusk and dawn.3 The only times they’re not solitary is when mating season comes around or they’re taking care of their offspring. Just like bears they, too, have delayed implantation. So although the breeding season is between June and August, they won’t give birth until about March.2

Do you have a favorite member of the Mustelidae family? Reply to this email and let us know!