Lynxes: What You Need To Know About These Elusive Cats 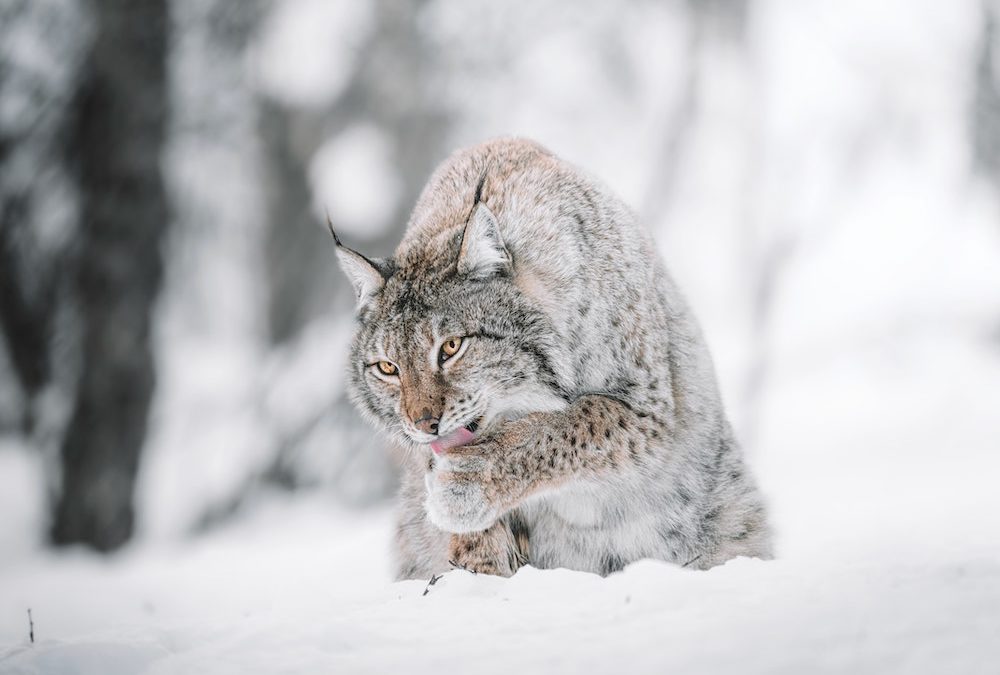 Lynxes are largely solitary cats that live in forests of North America, Europe, and Asia. They are pretty elusive to humans because they live in areas that are remote and hunt during the night.1

They stand about 24 inches tall and measure 32-47 inches in length from head to tail. They have long, dense fur that keeps them warm in the winter.2 Their paws, too, have fur on them which helps them move over snow more easily. The long tufts on their ears help them with their hearing. They also have great eyesight.1

Lynxes mate during the overlap between the end of winter and the beginning of spring.1  Females will give birth to 1-6 babies after a 2-month gestation period.1&2 The average lifespan in the wild is around 13 years, although the Eurasian Lynx has a slightly shorter lifespan.2

The Canada Lynx is of “Least Concern” according to the IUCN, but within the United States, it’s considered threatened. Those that live more north have a more steady population size, while those that are more south have to deal with loss of habitat from logging and agriculture, as well as the threat of cars and traps. They also often get stuck in traps that are meant for other animals.2

The Iberian Lynx of Spain, however, is critically endangered. This is thanks to population decline in their prey due to diseases, as well as habitat loss, getting hit by cars, and hunting. Their numbers have decreased by 80% since 1960.2

Love to learn more about cats? Did you catch our blog post on Bobcats? Read it here!