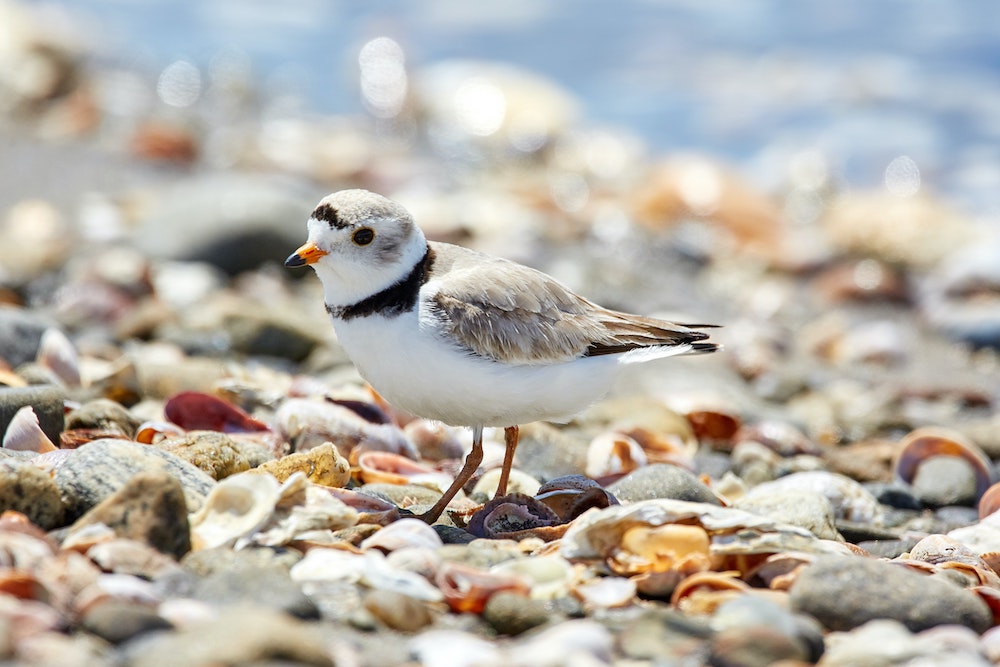 Piping Plovers are shorebirds that have struggled to increase their numbers due to a variety of threats to their habitat. Originally, they were almost hunted to extinction until 1918 with the creation of the Migratory Bird Treaty Act. Although they made a brief recovery by the middle of the 1920s, their numbers fell again in the 40s because of development.1

These birds breed on beaches, usually near dunes. Three populations exist within the U.S.:

Coastal development, recreation, invasive species, and predators hurt Piping Plovers’ chances of recovery. This includes erosion, people driving around in their habitats, and dogs being off-leash that can chase and stress these birds out and cause them to abandon their nests.2

In order to mitigate this, scientists will fence off Piping Plover nests and put up signs to keep people away. This increased the number of eggs hatching by 35%. However, chicks were still lost after hatching, so captive rearing became an option. Without captive rearing, fledging success was between 25% and 76%. With captive rearing, success was over 90%.3

Piping Plovers are still considered endangered in the following states:

Have you signed up for our monthly edition of C3 yet?

Chris, if you love our Canines, Carnivores, and Conservation topics each week, sign up to get a physical copy every month! For only $10/month, you’ll be supporting the Wolf Center and all of our endeavors.

If you don’t want a copy of C3, but still want to support us, you can set up a monthly donation here or at the button below.

We really rely on your support to accomplish our goals. Thank you for being a supporter.