Spinner Dolphins Are Known For Their Acrobatic Abilities 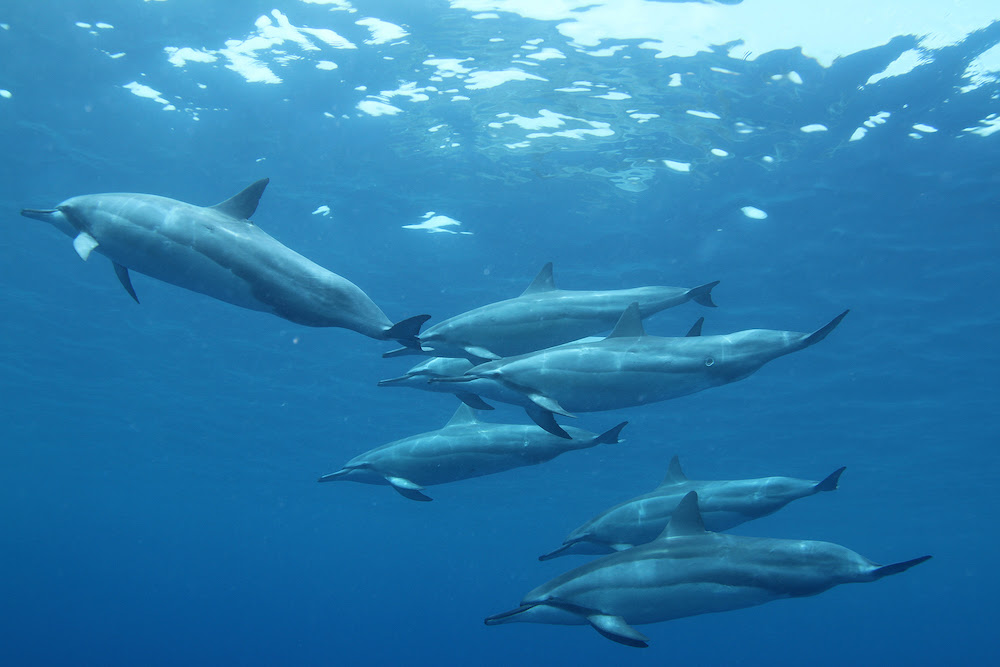 Spinner dolphins are found in tropical and temperate waters throughout the world. There are four subspecies of spinner dolphins. They are well known for their acrobatic ability – they jump out of the water and spin in the air before they land.1 They are about seven feet long and weigh 170 pounds. When they jump out of the water, they can reach heights up to 10 feet!2

The color of these dolphins varies depending on the species and where they live, but individuals can be identified by their dorsal fins. Each one is unique, which allows scientists to identify individuals and study them when they see them.1

These dolphins feed on fish, shrimp, and squid. Normally, the prey they go after lives in depths down to 1,000 feet. However, these animals often migrate up toward the surface when night falls. That’s when spinner dolphins will hunt them and eat.1

Although for the most part, there isn’t enough data for spinner dolphins to be given a status designation by the IUCN, that doesn’t mean they haven’t faced threats to their population numbers. Currently, Eastern Tropical Pacific spinner dolphins are considered vulnerable due to being caught as bycatch by the tuna fishing industry.3

The tuna industry has caused damage to spinner dolphins and other dolphin species in the 80s. Yellowfin tuna often swim with dolphins, and so as fishermen tried to catch the tuna, the dolphins would get caught up in the equipment, too. This is why there are now laws to protect dolphins and ensure safe fishing practices to catch tuna.2

Spinner dolphins have protection in many regions where they’re found and there are conservation efforts to help them.2 They face risks from other things, too, such as debris in the ocean that can injure them or cause them to drown, or humans getting too close to them and interfering with their routines. Because they have predictable behavior, humans who want a close look at them will know where to find them – and often they get too close to the point of disrupting them. This can change their behavior, put the dolphins at risk, and put the humans near them at risk, too.1

Our wildlife faces many challenges in their environment. Learning about the amazing species we have in the world and what they face is the first step to helping them. We can make the world a better place for wildlife when we spread the word about them.

Will you help us expand our outreach, Amanda?

Your support enables us to make our outreach the best it can be – from our weekly emails to our Passport to Wildlife program.

Our goal is to inspire the next generation of wildlife stewards. Help us make that future a reality.

Donate today – click here or the button below.DONATE TO THE WOLF CENTER