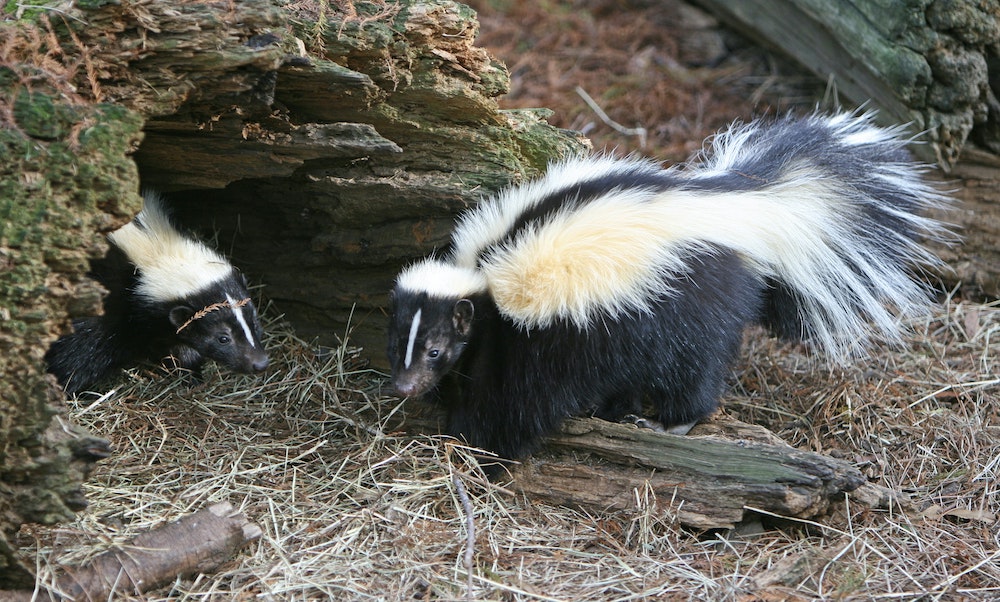 You’re probably familiar with skunks because of the odor they leave behind after facing off with a predator. What else do you know about them?

These animals were originally classified as part of the Mustelidae family – that of weasels – but eventually they were reclassified into a family of their own, called Mephitidae. There are 11 species of skunk and 5 live within the United States.1&2

They are nocturnal animals and live in burrows. Usually, they’ll take over the homes of foxes or woodchucks, but sometimes they’ll dig their own. Their burrows can get as long as 20 feet!2

Skunks eat other animals as well as fruit. They’ll go after rodents, insects, and the eggs of birds or turtles.2 Because they eat insects, they’re actually a great asset for farms. In turn, their predators are foxes, coyotes, bobcats, mountain lions, badgers, great horned owls, eagles, and crows.1

The most stand-out characteristic of skunks is their strong-smelling spray. It’s a defense mechanism against predators, but it actually won’t be their first choice of attack. Instead, skunks will first stamp their feet or growl at the predator to warn it away. When that doesn’t work, they’ll spray.3 When they do spray, it has a range of over six feet.1

Although definite population numbers aren’t known, no skunks are currently listed as endangered.1

Read more about carnivores on our blog, like why some are solitary here!