When were dogs first used in conservation projects? 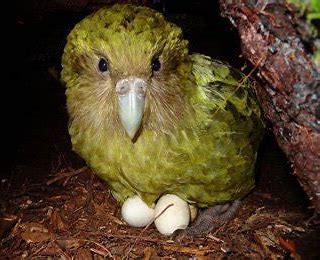 Modern science now incorporates canines into many different facets of conservation.  From searching for subterranean water pollution to guarding threatened penguin colonies, dogs now have a paw in many important projects to improve our planet.  As we examine the multitude of ways conservation canines aid modern conservation practices, we should realize how dogs ever came to be used for field biology in the first place.  A battle against an invasive species rampaging New Zealand back in 1891 is when canines received their introduction into conservation.

The story is both a triumph….and a tragedy. 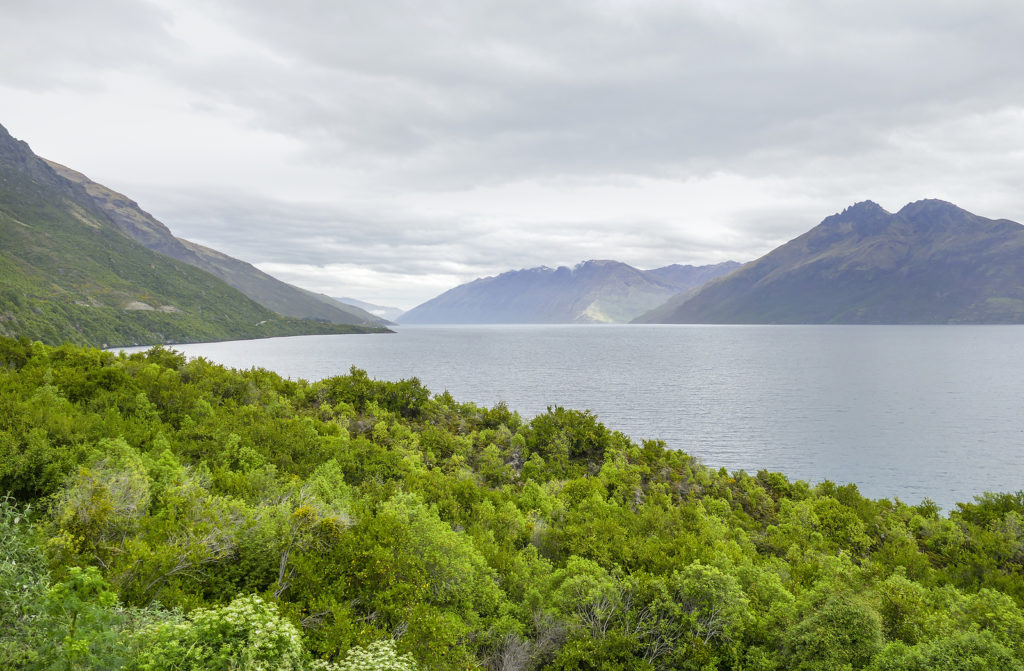 The grandeur of the New Zealand islands was the site of the first use of dogs to assist conservation back in 1895.

We begin the saga with the plight of the kakapo (Strigops habroptilus), a large flightless parrot indigenous to New Zealand.  For millions of years, the kakapo, otherwise known as the ‘owl parrot’ due to its nocturnal habits, perused around the New Zealand island landscapes in search of seeds, fruits, some plants, and even tree bark.  The strictly herbivorous parrot only had a few birds of prey as natural predators; therefore, it developed a nocturnal way of life to avoid the diurnal raptors.

Weighing up to 9 pounds at maturity, kakapos are the heaviest living parrot species and the only flightless bird to perform leks (a mating ritual where males compete for female attention).  Although the large bird is unable to fly, it possesses strong legs allowing it to both run and climb trees.  Still, without the ability to quickly escape, kakapos would be vulnerable to any land predator.  Unfortunately, such a capable predator was intentionally introduced to their ecosystem in the late 1800s. 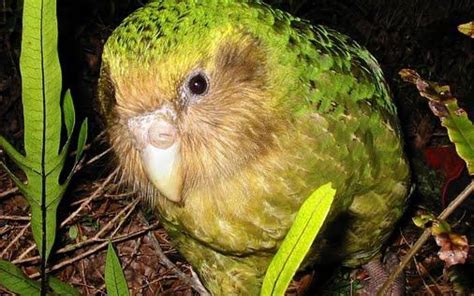 The trouble began sometime in the 1860s when some sportsmen introduced the non-native rabbit to the New Zealand islands for easy hunting quarry.  As with most introduced alien species, the invasive rabbits quickly multiplied and expanded far beyond the reach of hunting control.  Major crop and forest devastation ensued just within a few years after introduction.  In response, the government began releasing droves of non-native weasels and ferrets to hopefully quell the rabbit invasion.  However, instead of dining upon the fast and elusive rabbits, the mustelids turned their voracious appetite toward the relatively helpless kakapo. 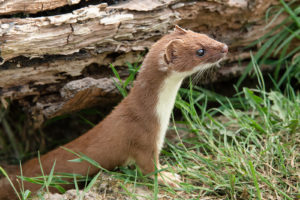 Weasels were released in an effort to control exploding rabbit populations but instead turned their attention to the hapless kakapo.

Within only a couple of years, the kakapo population was decimated while other species such as ducks and kiwis even became extinct due to weasel predation.  After a slow acknowledgment of the problem, the government finally began efforts to curb the slaughter of the kakapo and other native species.  The first stage was to create a sanctuary for the remaining kakapos, which became Resolution Island, a rugged wild island thought inaccessible to the invading carnivores.

Richard Henry was one of seven applicants for the first manager position of the newly formed wildlife sanctuary.  The middle-aged handyman held various previous jobs since moving to New Zealand from Ireland years before.  Being a former bird hunter, he witnessed first-hand how the kakapo population was steeply declining and became passionate about preserving kakapos.  He lobbied the government to act in saving them, however, without any academic scientific background, he was ignored by most. 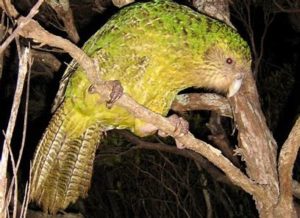 Without the ability to fly away, kakapo are easy prey for invasive weasels which caused a massive decline in the native parrot’s population.

Depressed over his life situation, including divorce, loss of job, and lack of respect for his kakapo work, Mr. Henry attempted to take his own life…but the gun misfired.  While departing the hospital a few months after the bullet was removed from his skull, he learned he was awarded the caretaker position of Resolution Island—a dream job come true!

During the first 6 years, Mr. Henry captured over 500 kakapos on the mainland, placed the cages in a small boat, and rowed them by hand across the treacherous ocean to Resolution Island.  In 1895, to assist in locating the giant parrots, he trained his trusted fox terrier “Lassie” to seek them out through scent.  The pioneering conservationist then would follow the sound of the bell on Lassie’s collar to safely capture the imperiled parrots for transport to safety. 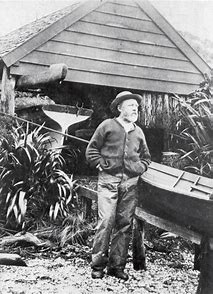 Richard Henry spearheaded the first kakapo conservation attempts and revolutionized modern conservation practices by being the first to incorporate the assistance of dogs in field techniques.

Although Lassie lacked formal scent-detection training and unintentionally killed a few kakapo by running over them, this was the first documented use of dogs to assist a conservation project.  In the end, Mr. Henry and Lassie were credited with saving over 700 imperiled parrots by transporting them to Resolution Island.  Unfortunately, neither would obtain proper credit for revolutionizing conservation field techniques until well after their deaths. 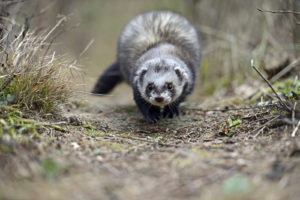 Although important carnivores in other areas of the world, weasels, and ferrets are alien invaders to New Zealand causing the extinction of several native species.

After another 8 years of futile attempts to keep Resolution Island safe from invading predators, Mr. Henry gave up and left his post of caretaker.  No one ever replaced him, and the project failed as weasels took over the island like all other invasions before.  Frustrated and alone, he eventually died in 1929 with reportedly only the local postmaster attending his funeral.  History did not record the fate of Lassie, the first conservation canine.

In 1975, researchers once again began using dogs to seek out any remaining kakapo and successfully found an unknown population on the mainland of New Zealand.  This find provided the kakapo with yet another chance at survival and a conservation project continues today through captive breeding programs and predator control. 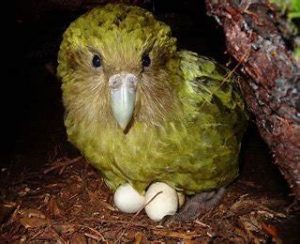 Kakapo numbers are on a slow, yet steady incline due to captive breeding and protection from invading predators. Conservation canines are now commonly used to help locate remaining kakapo, continuing the brilliant work of Richard Henry and Lassie.

Without the ingenious out-of-the-box thinking of an untrained conservationist and the loyalty of his trusted canine companion, kakapo, and a multitude of other imperiled species around the world may already be extinct.

Thank you, Richard Henry and Lassie!

For further reading or to support kakapo conservation:

IUCN Red List: Kakapo
New Zealand Department of Conservation
Atlas Obscura: “How one man and his dog rowed more than 700 kakapos to safety”