Why is it important to conserve elephants? 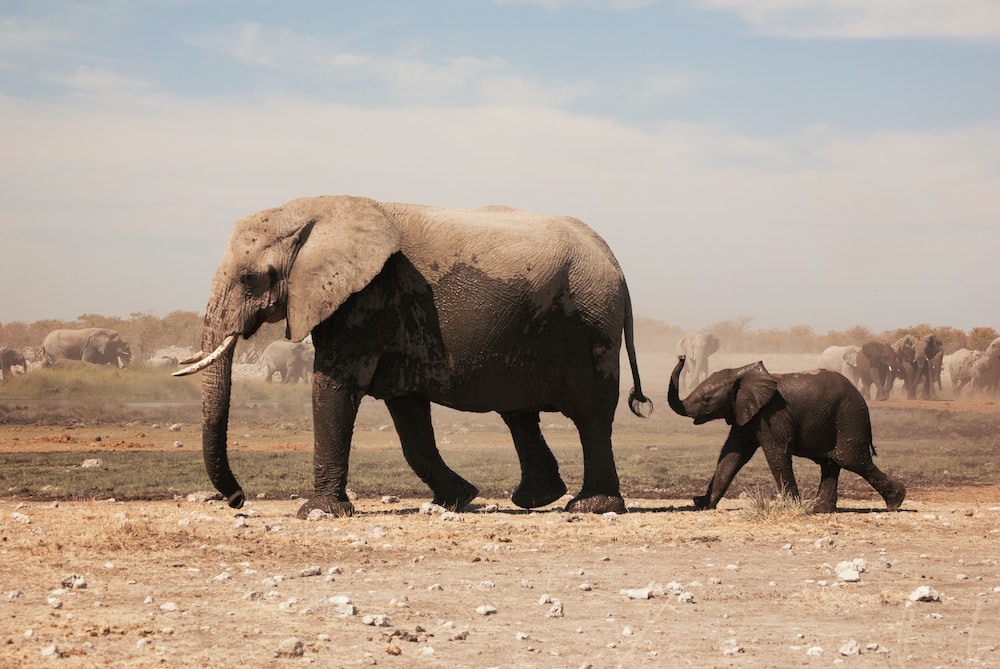 When you think of animals that are at risk of extinction, elephants are probably one of the first animals that come to mind. Their numbers have been dwindling for years and many organizations are working hard to preserve their numbers.

Elephants are important to save, not just so future generations can grow up with them, but because they’re a keystone species – that means they have an important role to play in the lives of other animals within their habitats.1

So why are elephants at risk? And what are people doing about it?

Why Are Elephants at Risk?

One of the biggest threats to elephants is the ivory trade. Although it’s illegal in many countries, poachers continue to go after elephants for it.2 The ivory trade started when the Europeans arrived to colonize Africa. Ivory was used to make a variety of different objects, from piano keys to combs. Elephant populations are estimated to have been upward of 26 million back then, today there are only around 400,000.1

Elephants have international protections that make it illegal to hunt them and trade their ivory, but illegal trade is still very prevalent. A report from the Great Elephant Census in 2016 noted that one of the subspecies of elephant, the savanna elephant, was declining by 8% a year. Meanwhile, elephants were only reproducing at around 6%, so their numbers weren’t making up for how many were being hunted.1

Besides poaching, elephants have conflicts with humans in other ways, from habitat destruction and fracturing to issues with farmers over crops. Elephants eat a lot.2Sometimes they get into a farmer’s crops and eat a whole season’s worth of food. This causes tension between them and the farmers, as the farmers may want to retaliate against them.1

Habitat destruction and fragmentation impede their ability to find food and water. Also as a keystone species, they’re responsible for having positive impacts on their environment, which they can’t do if they aren’t given enough room to roam, like dispersing seeds and spreading soil nutrients around.1&3 Lack of habitat can also allow them to get close to humans, which puts them at risk from both farmers and poachers.1

What Efforts Are Being Made to Help Elephants?

Organizations all over the world, from the Wildlife Conservation Society to the World Wildlife Fund to Save the Elephants, are doing their part to protect elephants and their habitats. Some of their goals focus on:

Protected land has been expanded for elephants, and natural pathways are made between them to connect them.1 Elephants also receive protections internationally from the Convention on International Trade in Endangered Species of Wild Fauna and Flora (CITES), which banned the selling of ivory in 1989, and the Convention on the Conservation of Migratory Species.1

Efforts are also made in low-income and poverty-stricken communities, as those areas tend to be linked to higher poaching rates. Helping these communities improve their livelihoods is thought to help stop people from getting involved in the ivory trade and poaching.1

Elephants are incredibly important animals that do a lot for their environments. They make sure one of the largest tree species survives, thanks to their seed dispersal role, which also helps sequester carbon.3 Their feeding on plants makes pathways in forests that allow other animals to move more easily. When they eat saplings, they make sure the plains stay open for animals like Zebras.1

If you love learning about wildlife…

Help us keep these educational resources coming to you. The children of today become the stewards of our wildlife tomorrow. We inspire them to learn, to love our wildlife, and to recognize the importance of keeping it in balance. We inspire through our films, online classroom instruction, lectures, and more.

Make a stand for the Wolf Center today.

Donate here or at the button below.